All the swords found in our functional swords section are real swords that are properly forged, tempered and made like the originals. They come in many different types for art forms like Tameshigiri, Iaito, Tai Chi, Kung Fu and WEMA. They are also suited for stage productions and fight choreography. These swords are classified as "battle ready swords" however, we use the term "functional swords" interchangeably.

Shop for Functional Swords by Type 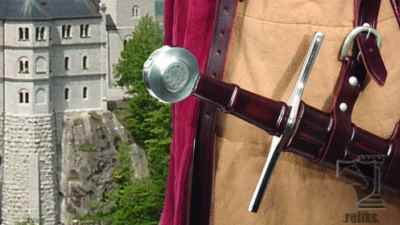 Reliks functional European swords are suitable for re-enactment, stage use or for theatrical duels. These pieces are forged from high carbon steel with proper tempering processes and sword construction for safety and durability. These swords not only replicate the originals aesthetically but also in production technique. These swords can hold there own with those found on historic medieval battlefields.... more » 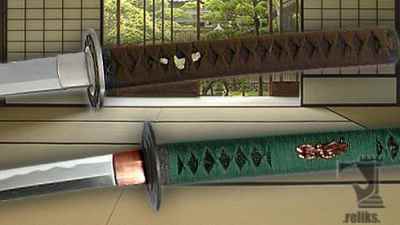 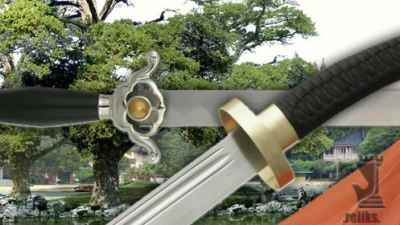 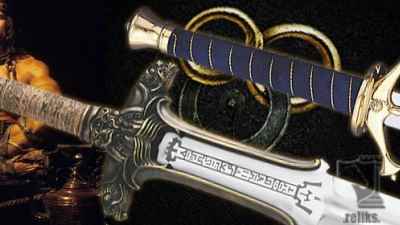 Not all movie collectible swords are created equal. Many fantasy inspired pieces available on the sword market are all show and no go! That isn't true for the functional fantasy swords found here. These functional swords are as pleasing to look at but are also forged out of proper steels with expert tempering for the sword practitioner. History may not be your thing but it doesn't mean you can't enjoy a quality functional sword!... more » 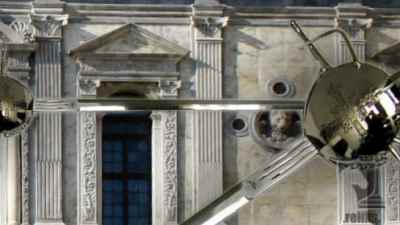 Reliks sword store offers functional rapiers that are made for the historical fencer. These rapier are authentically crafted to withstand full force fencing and swordplay. Replacement sparring blades are available for several modals of our rapier for those who want to interchange between a live and sparring blade. These pieces are as aesthetically pleasing for the sword collector and equally functional for the practitioner.... more » 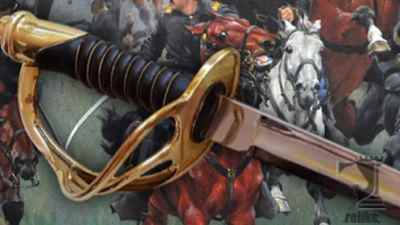 Our selection of American Sabers and British Sabres our hand forged and as functional as the original post Napolionic cavalry swords. These pieces are suitable for re-enactment or sabre fencing as well as can be edged for cutting practitioners... more » 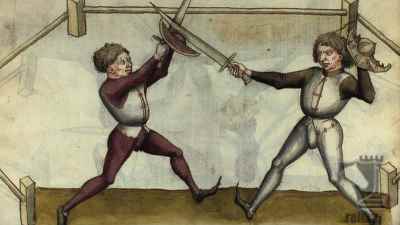 Stage swords are made to withstand heavier abuse than our historically accurate battle ready swords. They are forged with more robust blades for sword on sword fight choreography, theatrical duels and Western Martial Arts (WMA).... more » 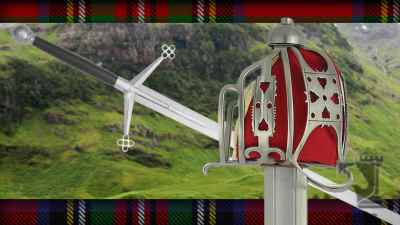 The Highlander Swords from Scotland are something to behold even in its two distinct varieties. The name Claymore (claidheamh-mr or Great Sword) has been debated of its very origins as it was used to describe the Scottish basket-hilt sword and was later applied to the earlier two handed great swords which eventually became synonymous with all Scottish swords.... more » 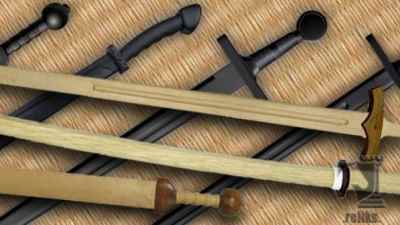 A swordsman has never become a master without the proper training equipment. We have a wide selection of boken, shinai and wasters for the martial artist and re-enactor. These wooden swords, foam swords and aluminum training swords are perfect for training sword technique and sword forms. These swords are the safest for live demonstrations or presentations that should not be performed with your live blades.... more » 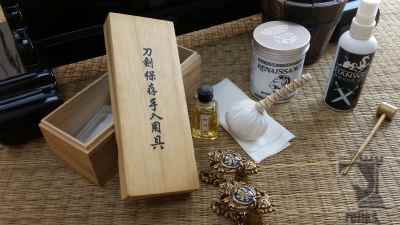 Want to wear your sword to an event? Hang your sword on a wall? Sharpen your sword or just make sure it's clean and protected? We have all of the sword accessories that you are looking for.... more » 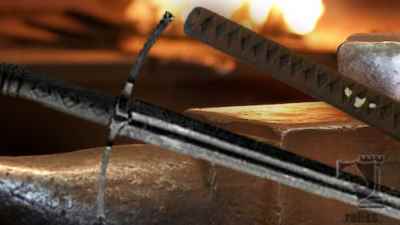 Hot off the Forge! Check out the newest functional swords available in our online store and at our London Ontario sword store. These are listings of the newest added to our "battle ready" sword line.... more » 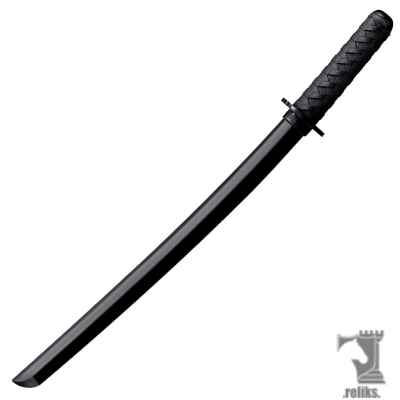 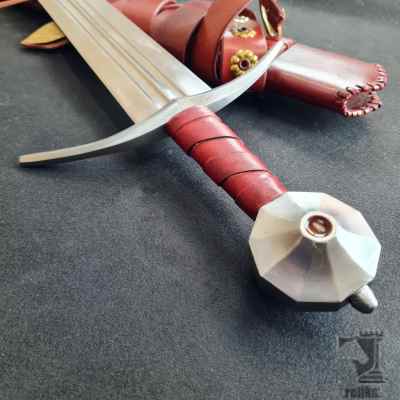 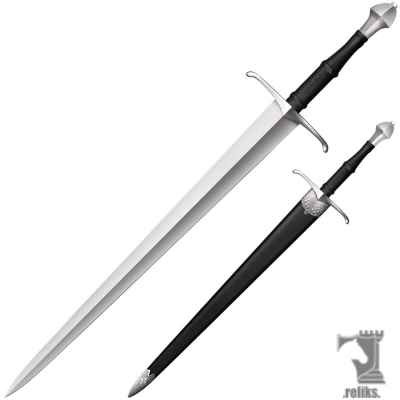 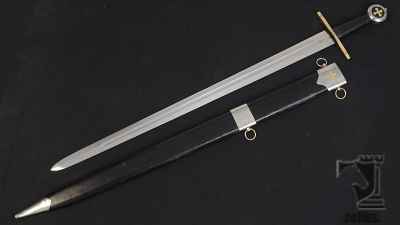 Militia Templi Sword (Order of Aviz, Templar Sword) The blade of the Templar Sword has Viking origins. It's a double edged blade that runs almost parallel for m

Continue To The Product Listing 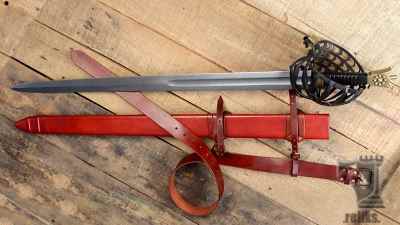 The Venetian Schiavona added to the Functional European Swords section.

Almost every major arms and armour collection boasts at least one schiavona. They range from highly decorative to bare bone plain. The baskets on the schiavona

Continue To The Product Listing 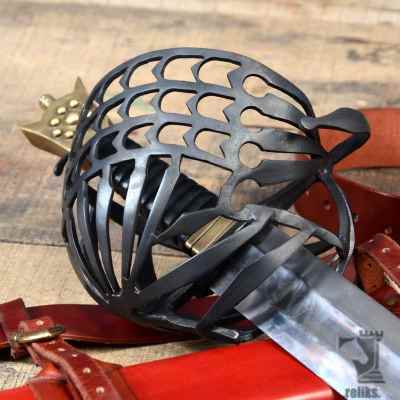 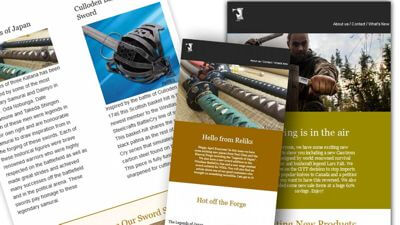 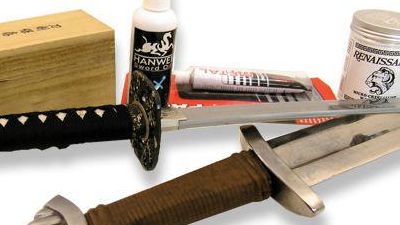 How to Maintain Your Sword

A forged sword is very strong but it won't last forever unless you follow these few easy tips to keep your sword looking like new throughout generations.

Early period single hand medieval swords are generally “tip heavy”. At the time when these swords were carried, they were facing opponents dressed in suits of chain, maille armor or chain mail. They would also be using a shield for defense. Having a tip heavy sword made it easier to deliver powerful blows which wouldn't slice the chainmaille but deliver severe impact damage to the target behind it. With luck you may also be able to knock their shield free. read some more?

HOT Swords of the Month