Trusted martial artist James Williams and Bugei swords are well known in the sword industry and martial arts world. With thorough research put into each design ensuring proper dimensions and balance these late edo period katana could rival the originals built at the pinnacle of samurai sword production, Bugei offers an elegant and formidable sought after hand forged sword built to withstand the rigors of dojo level training, competition, practice and tameshigiri. These are real martial artists swords. 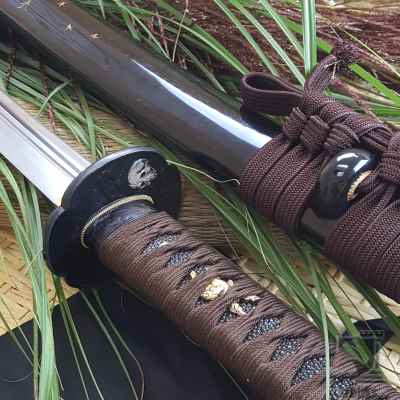 Several years ago we asked Keith Larman of Summerchild Polishing to design a sword exclusively for our customers from the "ground up". We asked for a historically "authentic" blade design along with mounts that would go beyond the typical "pick a theme" type of mounts that pervad.... 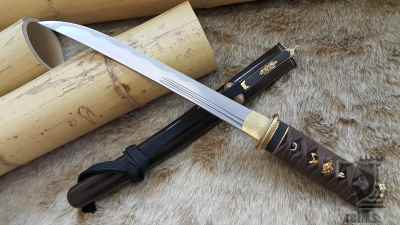 The Shi Shi Tanto is a great companion piece to the Shi Shi Katana. 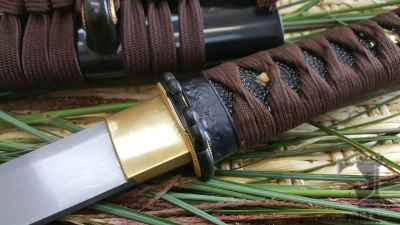 The Peace Wakizashi was designed by Keith Larman of Summerchild Polishing as both a companion piece to Bugei's popular Peace Katana, but als... 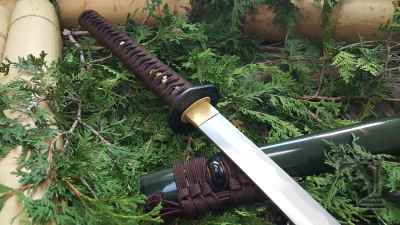 The Old Pine Katana features our tried and tested powdered steel used in all of our sword lines for the last decade. 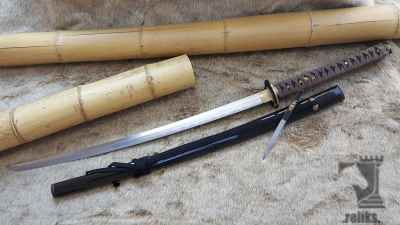 The Shi Shi dogs, or lion dogs, were believed to be ancient guardians against evil and were often seen in pairs. 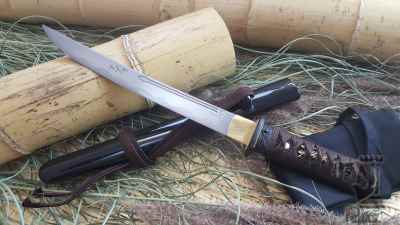 The Dragonfly Tanto is a great companion piece to the Bugei Dragonfly Katana. 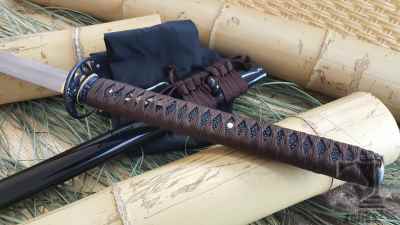 The Dragonfly koshirae katana has a distinctive style, a thinner lighter blade individually hand forged and folded from the superior Swedish... 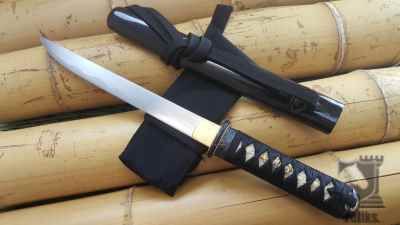 The Samurai Tanto is a great companion piece to the Bugei Samurai Katana. 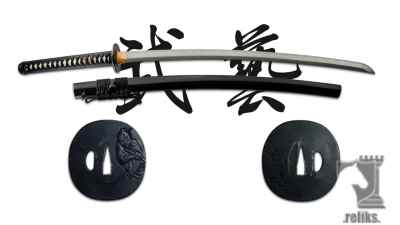 The Samurai Katana is the strongest and best performing Japanese style blade ever offered at this price. 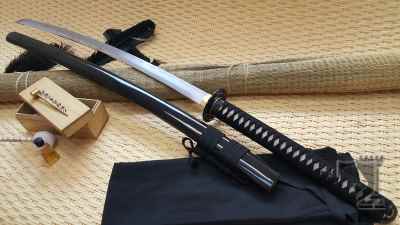 The Crane katana by Bugei is an elegant sword at a very reasonable price. 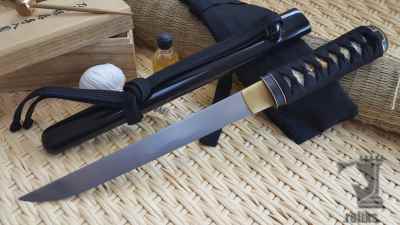 The Bamboo Tanto is a great companion piece to the Bugei Bamboo Katana. 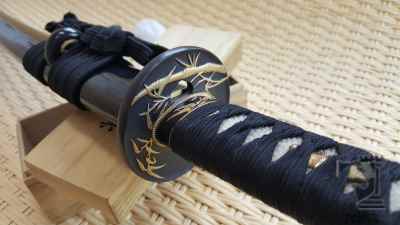 At Bugei we reach into history to design blades to be used by the student of traditional Japanese Sword Arts.

We have several great products on sale now ranging from pocket folders to fixed blade knives for every day carry, hunting and tactical use. ....

At Bugei, our interest is in the swords of the ancient Samurai. The shapes, lengths, nakago, tsuka, etc. reflect an era when swords were still used for combat. Our swords are used by more modern sword styles and our Wave koshirae blades can be custom designed to fit more modern styles that are currently practiced in Japan, however this is not our prime directive. Most of the modern swords produced in Japan would not be practical for the uses that the Samurai required of their blades. The majority of currently produced blades are too thin and flat ground to stand up to the rigors of actual battle use. In real world terms a broken sword often meant death. In the 1850's in Japan two samurai were killed in different incidents because their swords broke during fights. One of these samurai was Nakai Shogoro killed at the Teradaya Inn and the other, named Arima, was killed at the Tenmanya Inn. All cultures tend to rewrite history and the Japanese are no exception. Some modern styles for instance do not want to see things like tameshigiri become a more practical training for combative type of cutting and a more realistic test of blade performance. Modern Japan and the vast majority of modern Japanese martial arts, with some exceptions, do not reflect combat intent or function and only partially reflect the military arts of the Samurai. With this in mind we are drawn to the styles of blade and the military arts that reflect the Samurai when they were masters of their own fate.

The Edo period was the beginning of the end for Samurai martial culture, the Meiji restoration put nails in the coffin, and World War Two with a few notable exceptions put the coffin in the ground. In ancient Japan the size, shape, and styles of blades had a wonderful diversity that is missing in the present. We are interested in reproducing some of this swords for both the collector and the practitioner. Our desire is to produce, at the best possible prices, swords that reflect those ancient traditions that fire our imagination with the skill and courage of the Samurai in battle. Our most recent introduction is a shobu-zukuri sword of the type that was used to great effect by the Samurai when battling the Mongol invasions during the 14th century. Modern Japan may value form more than function however for their distant ancestors form had to follow function, it was a question of survival and warriors are nothing if not pragmatic. Our long nakago and two mekugi provide both strength and safety. Our choice of tsuka lengths from 9" to 16" provide for styles both ancient and modern. Our exclusive use of the superior and difficult to come by Swedish Powdered Steel assures you our customer that your sword is made from the very best material available.