Pirate Cutlass' and treasures from the high seas !

A pirate is known as one who commits piracy by robbing, pillaging or plundering at sea. The classic views of pirates came from the piracy of the Caribbean from the 1500’s to the early 1700’s. According to many myths, the pirate cutlass was invented by the Caribbean buccaneers and was originally used as a long knife. We have many pirate inspired swords and collectibles. Complete your pirate costuming for the piratefest or halloween or adorn you're mancave or ladycave with inspiring collectibles from the high seas. 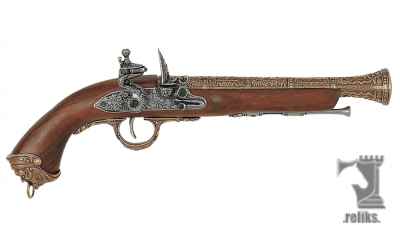 The 18th Century blunderbuss was a one shot flint lock pistol. 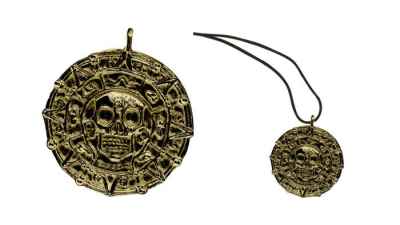 Lift the curse by adding this wearable collectible to your treasure chest. 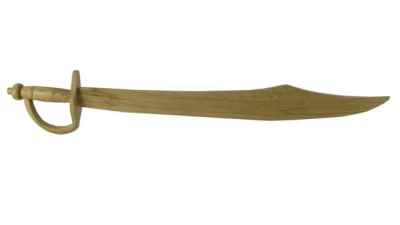 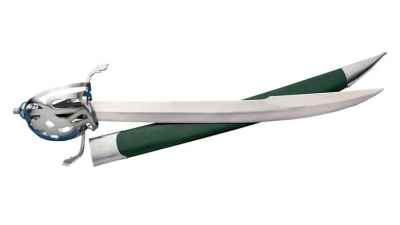 The crashing of waves, the roar of cannons, the shout of sea rogues through the foreboding mist - this new functional Scottish cutlass can't... 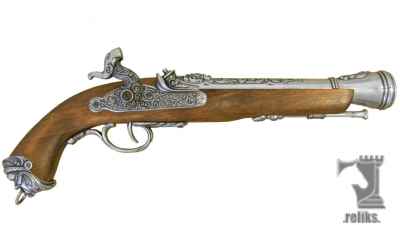 This blunderbuss screams pirates from is single shot blunderbuss barrel to the seafarer embossed on the top of the barrel and to the swabby ... 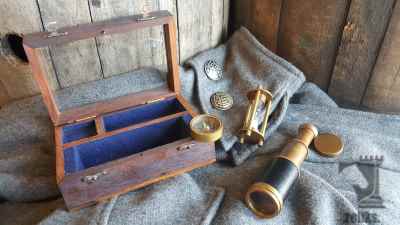 This Navigation Kit would have been an early example of what a ship's captain would have had in his cabin aboard ship. 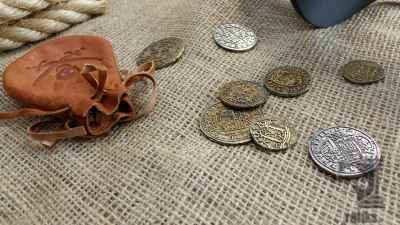 Keep Yer Hands Off Me Booty Ya Scallywag! 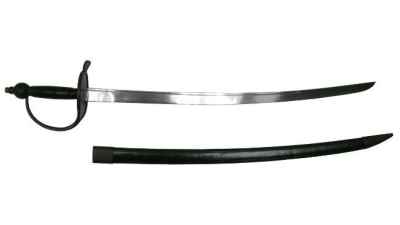 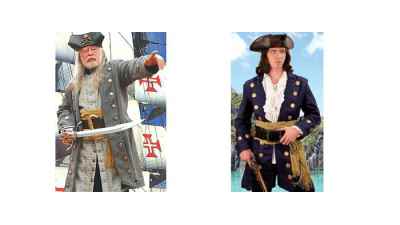 The bitter cold of the English Channel will be no match for this dashing captain's styled coat. 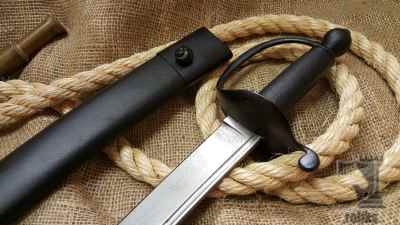 Based on an original of the period, Hanwei's Revolutionary War Hanger ( or Cuttoe ) is accurately sized and antiqued to replicate a museum p... 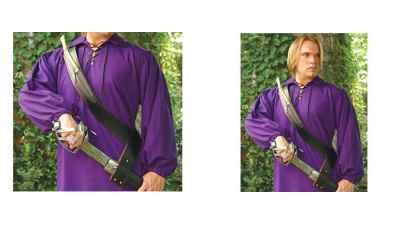 From images of pirates, brissling with weapons, boarding a hapless merchant ship we came up with this cutlass baldric. 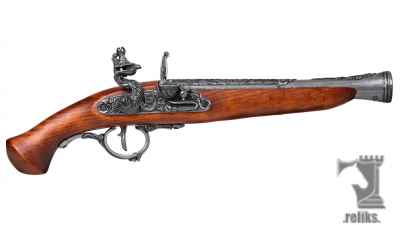 Pirates were always known to carry one or more flintlock pistols or blunderbuss.