Today, the names Hanwei and its founder, Paul Chen, engender an image of fine functional swords and historical weaponry. Based in Dalian, China, Hanwei manages to combine traditional craftsmanship with modern tooling and metallurgy, in a way that enables it to supply a world-wide market while meeting or exceeding the quality of custom-made products.

Paul Chen grew up in Taiwan where, as a young man, he developed an ongoing fascination for swords and knives. Largely unable to afford antique and custom-made pieces he became a custom maker himself, enjoying success in this field in both Asia and the U.S. In 1991 he decided to become a full-time manufacturer and moved to Dalian, the "Steel City" of northern China, where he knew that he could find talented artisans capable of being trained as first-class sword and knife makers.

Early endeavors largely took the form of making knives and components for major knife companies, but by 1993 the company was ready to start trading under its own banner and Dalian Hanwei Metal Co. Ltd. (Hanwei) was formed. The early trainees became team leaders and then departmental managers as the company grew, forming a strong team at the core of operations.Hanwei’s early sword experience was with Samurai swords, which still remain the cornerstone of the product range. A little-known facet of the company’s business is its Samurai sword restoration facility, where, over the years, many damaged and neglected pieces from the old masters have been restored to their former glory. The company has gained a tremendous base of knowledge in construction and metallurgical techniques from these historical pieces, and has employed this knowledge to consistently enhance the quality and authenticity of its own swords. Hanwei’s Samurai swords are now regarded as state of the art, and offer the martial artist and collector an unparalleled opportunity to own a fine quality sword.

With assistance from its distribution partners, Hanwei started to introduce European-style swords into its line in the mid-1990’s. These swords rapidly gained popularity with collectors, re-enactors and historical fencers throughout the world and the line expanded rapidly to cover the diverse needs of this market. At the same time Hanwei started to expand its line of knives which also have a historical flavor; as evidenced by the popular line of antique Bowie knife replicas. 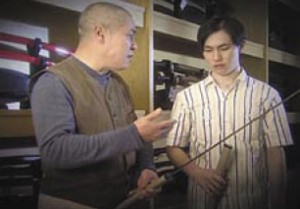 Today Paul Chen’s son Ron is following in his father’s footsteps and becoming very much a part of the Hanwei story. Ron, who has studied under Japanese legend Yoshindo Yoshihara, is the driving force behind Hanwei’s Tamahagane and Bainite blade development. Ron’s own blades illustrate his deep appreciation forthe art of the Japanese sword and are sure to become collector pieces. 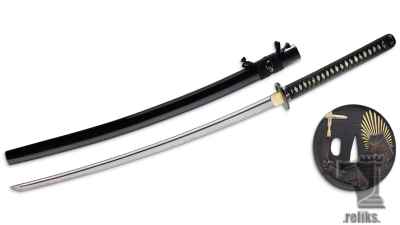 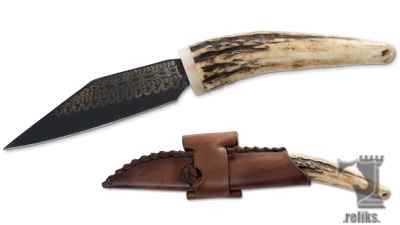 The Scramasax carried by the Saxons and the Vikings between the 4th and 10th cen... more 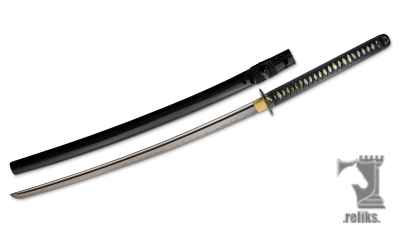 One of the “great unifiers” and legends of feudal Japan, Tokugawa Ie... more