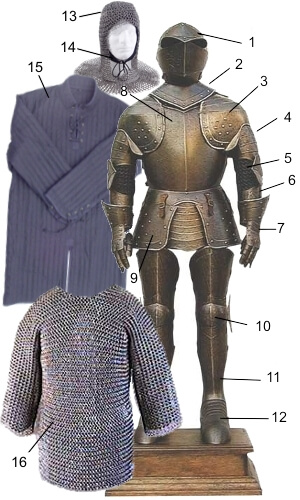 The transition from chainmaille armour to plate armour seems to have taken place in the 13th century. The elements of plate armour were emerging as early as the 12th century but did not become primarily dominant until a century later. Some plated armour did not evolve until the late 14th and 15th centuries. Although plate armours popularity and effectiveness far outweighed chainmaille, it was still used in some cases as long as armour was used.