A Falchion for Commoners and Kings

The falchion is a very unique one handed sword. It is survived by less than a dozen recovered artifacts but has been depicted in several illustrations throughout the ages. The falchion's design is very recognizable and mostly unchanged through the years although morphed in some areas to a more “cleaver style” design. This only lasted for a brief period during 13th - 14th century, then it quickly returned to its roots dating as far back as the Greco-Roman era. 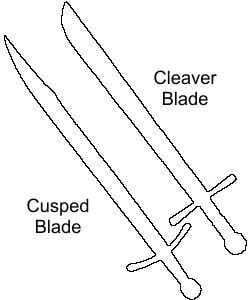 The falchion was recognized by it's unique straight blade which has a flared clipped tip also referred to as a cusped blade. Like a scimitar the falchion was only sharpened on the one edge but had a much wider blade like the single handed European sword. The hilt of the falchion was very European in that it's grip, guard and pommel were identical to most standard single handed swords with exception to some of the rarest etched and gold plated examples like the piece found in the Wallace collection.

The falchion belongs to a non-official family of swords that have some very similar but distinguishable traits and cultural differences. This family includes the Storta, Braquemart, Badelair and Malchus to name a few. One of the more recognized in this family would be The German Gross Messer. The Latin falca¯tus and falx meaning sickle, refers to a sword that widens or curves forward at the point. A single-edged sword with a “falcated” blade. The Falchion.

The falchion was believed to be more of a commoner's weapon. It had a lower cost and is theorized to have had more utilitarian purposes outside of war. The falchion blade could have been used as an “axe-like” tool given it's likeness to a thick machete. This may or may not be the case, as there were noted examples of ornate falchion carried and collected by people of nobility. 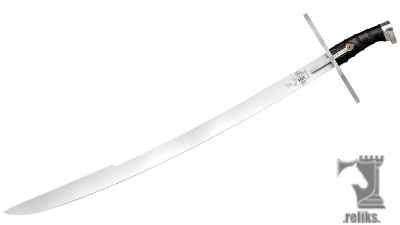 Hungary by virtue of its position on the world map is a country that straddles t... more 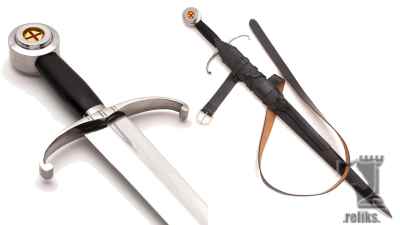 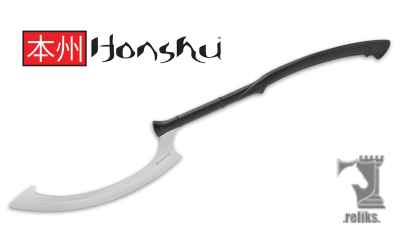 The Honshu Khopesh is a reimagining of the Egyptian sickle-shaped sword that hav... more