Young farmer and family man Ragnar Lothbrok turns from a common Viking Raider into a natural leader leading to riches the vikings had never seen as he gives them the means to conquer the Western World. Vikings Hit Television Show can be celebrated and displayed proudly with this officially licensed series of Vikings weaponry in your home office or Den. 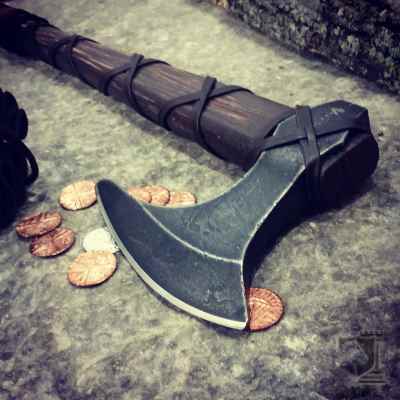 The Axe Of Ragnar Lothbrok

The weapon favoured by Ragnar Lothbrok, this axe was essential in Ragnars rise from farmer to Earl, and from Earl to King. Guided by Odin and believing that his path was destined for greatness, Ragnar and his warriors raid and plunder across England and beyond. This axe was use.... 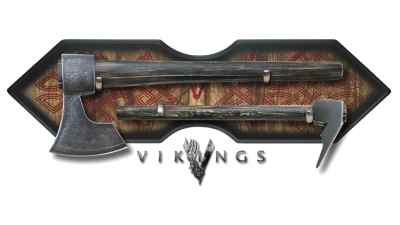 Floki is a genius ship builder and he designs and builds the prototype of the new generation of Viking ships which can sail across the open ... 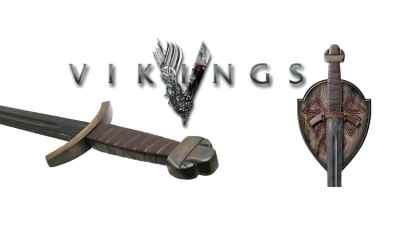 The Sword of Lagertha is based on the actual Vikings television prop and has been antiqued to replicate the time period. 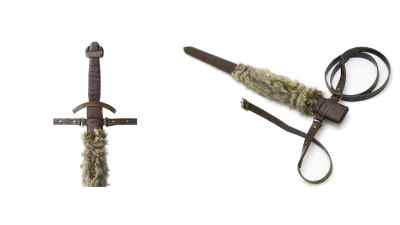 The Sword of Lagertha Scabbard is based on the actual television prop and has been antiqued to replicate the time period.

These pieces listed here are intended for display or costume wear only. If you are looking for historical functional viking related swords, axes and more please visit our Viking section.